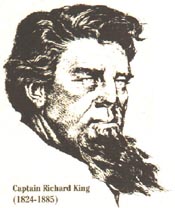 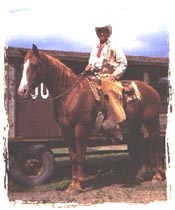 The names Kingsville and King Ranch are often thought of synonymously and with good reason. Kingsville is located on land which was part of a Mexican land grant purchased by Captain Richard King in 1853. That purchase was the beginning of a dream to tame the Wild Horse Desert which he would pursue during the remainder of his life. His widow, Henrietta, continued that pursuit for forty years following his death. Her crowning achievement was the founding and development of Kingsville in 1904, a raw town site in the middle of the prairie, along the newly completed St. Louis, Brownsville and Mexico Railway